Do you ever feel like you don’t glorify God enough and tell others about how He has blessed you?  I recently realized that I was guilty of just that! The other day I was paying bills.  After paying everything that was due and calculating what we would need for the rest of the month, I sighed.  As usual, there was just enough, nothing extra.  Why, I wondered, is it always, just enough? 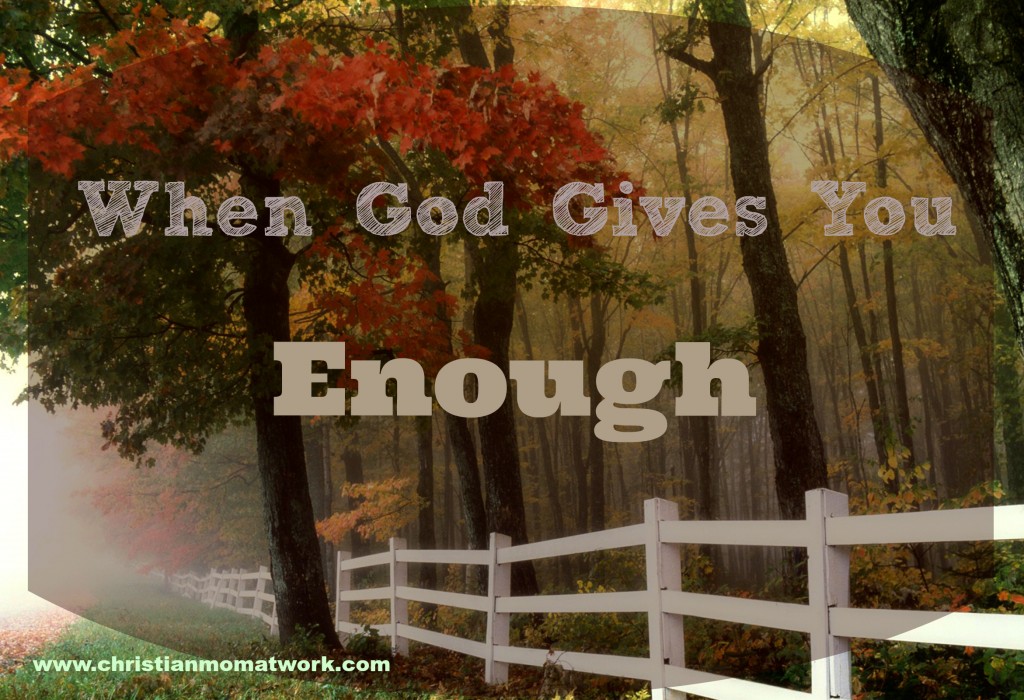 And immediately I was ashamed when I realized how ungrateful I was!  Then, when I did a mental check list as to how we had spent our money over the previous two weeks, I realized that not only did we have enough, we had more than enough! After our regular expenses, and in addition to our regular giving for our church and missions, we had given to a family in need because the mother has cancer with a grim outlook, we filled two shoe boxes with goodies and necessities for Operation Christmas Child, and we bought groceries for our extended family Thanksgiving dinner, and had even gone out to eat as a treat for our family.

As always, God had taken care of our needs and also provided so that we could give to others in their need.  How could I complain about that?  In the following days, I reflected on all of the special ways that God had provided for our family in the last few years.  Here are just a few:

The examples above were huge blessings to us, but I could go on and on with all of the wonderful “small” blessings that God has provided for us.  From random acts of kindness from friends and strangers to money arriving in the mailbox just when we needed it, God has been so good to us!  And there are the blessings that I just can’t explain that are in the “fishes and loaves” category.  I’m talking about times when the checkbook math just didn’t make sense, and yet somehow it just worked and we had plenty to meet our needs.

Telling others when God has blessed you isn’t bragging – it’s giving God the glory He deserves!

I feel, that in a way, I am bragging about all the good things that have happened to us. But honestly, some of the biggest blessings have come during very difficult times.  The difficult period might not have been over, but we knew that God was there, working in our lives.

I hope that you take this as it is intended – giving glory to God for his goodness and provision!  I realized that I have been quietly praising God to my husband, or to a friend here or there, but I have really missed the point if I do not glorify Him openly and publicly!  So here it is!

Ephesians 3:20-21 ~ “Now unto Him that is able to do exceeding abundantly above all that we ask or think, according to the power that worketh in us, unto Him be glory in the church by Christ Jesus throughout all ages, world without end. Amen.”

I would love it if you would take a moment to leave a comment about how God has provided for you in an unexpected or special way!